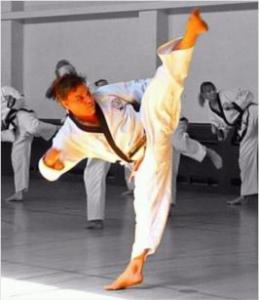 Master Mujahid Khan is a 7th Dan Black Belt holder, and he has been practising martial arts for over 37 years. Master Khan was the first British black belt in Cambridgeshire which he achieved in April 1977. He has now qualified under the World Tang Soo Do Association instructors certification as Sunim Kookjae Sah Bum Nim (7th Dan Master Instructor). 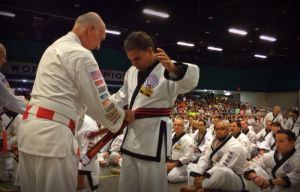 Master Khans instructor was Grandmaster J.C.Shin, 9th Dan, President and the Grandmaster of the World Tang Soo Do Association. Master Khan is the regional director for region #11 which encompasses Western Europe. He has fulfilled this duty for many years as well as nurturing a steady growth for the World Tang Soo Do Association in Great Britain as the Chief Instructor. Master Khan has trained many students that have become National, European and World Champions. He has also overseen the testing of over 800 black belts and over 20 masters.

He has received awards for his achievements in the martial arts:

WTSDA Instructor of the Year 1987

2011 Combat & Fighters Magazine Hall of Fame for dedication to the development of the martial arts in the UK and around the world.